Often, when I have been in the process of depossessing clients of spirits that may be hanging around them, I have come across soul parts of people who have abused them in the past. This also happens sometimes when I am doing Focusing, as the initial part of both processes is very similar.

When doing Focusing we will find a part that is not a part of the client. It often is malicious and causes great distress to the client. The same happens with depossession. We will find an entity that is malicious. In both cases we can speak to the entity and find out where it has come from. These are not parts of people who have died, but who are still living.

It is not ethical to send a soul part back, without permission, to somebody who is still alive; so I send them to the Lower World to await a time when their owner may come to collect them. I do not know if the abuser consciously leaves a part of themselves with the victim in order to control him or her, or whether the soul of the victim clings onto a part of the abuser's soul, or whether it is a karmic occurrence whereby the abuser gradually loses parts of his or her soul.

If anyone has any views or experience on this subject I would be glad to hear from you.
Posted by Celia Dawson at 02:30 No comments:

I was doing some focusing with a friend who was due to get married in a few days’ time. He was feeling very apprehensive, not about making a huge commitment to his partner, but about standing up in front of a group of people and feeling vulnerable.


He and his partner had devised their own vows. To him the ceremony was all about being open-hearted. These vows brought tears to my eyes:


·         We commit to creating space for the girls (while holding hands with their children) to be themselves.


·         At the end of the ceremony everyone to join hands and feel connectedness with each other and the Loving Spirit. “I ask for your help in feeling my loving heart.”


Even though this was about being open-hearted he was feeling on his own – not connected to anything.


The wedding went very well and he very much enjoyed the day.

Posted by Celia Dawson at 04:30 No comments: 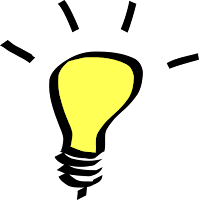 I woke up this morning with this blinding realisation.  Well, it was obvious really, I don't know why I didn't think of it before.

During my career as a Counsellor and Psychotherapist I have found that all of my clients, without exception (as far as I can remember), have been suffering from low self-esteem, surviving abuse of various kinds, being treated as a doormat, putting everyone else before themselves, giving of themselves too much - to their own detriment.

Psycotherapists and counsellors have been criticised for encouraging people to put themselves first, leading to a "me first" culture. We have been accused of fostering a culture of individuality, rather than working for the good of the family or community.

Putting oneself first seems to go against the teaching of most religions, which preach humility, turning the other cheek, giving away one's possessions, caring for others...

And then, this morning, I realised that all (well, most) religions consist of men preaching to men. Of course! For thousands of years men have been favoured by parents and communities, encouraged to achieve, fight, make money, make war. They have been brought up like little princes, catered to by their womenfolk who adored them, nurtured them, fed them, comforted them and anticipated their needs from cradle to grave. As a result men have tended to be arrogant, pompous, selfish and blind to the needs of others. That is why they need to be preached at by their priests and prophets to think of others.

There needs to be a balance. Women, especially, suffer from the belief that they should put themselves last. Women, also, suffer from violence, neglect and abuse in greater numbers than men. However, I do not deny that men who have been abused also suffer in the same way.

Maybe now is the time for a new religion. One that preaches equality for all and one that fosters individual development and achievement for everybody, as well as consideration for others. After all, the two aims are not mutually exclusive.

My first encounter with a possessing spirit was when I was doing Focusing with a client some years ago. The client was in some distress and when we started Focusing there was something on the right shoulder. This was not a part of the client, which is almost always the case with Focusing, but it was an evil spirit that hissed at me. I did not know then how to do depossession and I reported the experience to my Supervisor on my Shamanic course. I journeyed on this possessing spirit and found that it was a soldier from an ancient war who had attached himself to various people over the years.

When we later learned about depossession on my course, we were told that all souls of dead people should go to the Upper World (I suppose some would call it Heaven). It did not matter what the people had done during their lives in the Middle World, they were all entitled to transcend to the Upper World. Unfortunately, many spirits do not make the transition. I have encountered spirits who believe that they have been too wicked to be entitled to transcend. There are also some who have died suddenly and do not realise that they are dead. In the modern world, with the decline of religions, people are ignorant of the existence of the Upper World and, therefore, do not know where to go when they die.

These souls drift around in the Middle World. This is where we get our ghosts and poltergeists. Often they will attach themselves to a living person to share in that person's energy and experiences. They are usually quite harmless but occasionally they can influence that person's tastes and decisions.

We have been taught to remove these spirits but also to make sure that they go to a place where they are not likely to attach themselves to another individual. If they are the souls of dead people we send them to the Upper World, where they can continue their existence.

Sometimes, when I am doing depossession, I come across alien beings. They are quite like "Q" who appears in Startrek. They have just come along to observe. I call upon the elders of their world to come and get them - and they do.

Of course, this is quite dangerous work and I have to take care that everything is in place to protect myself and those around me.  I find the work fascinating.
Posted by Celia Dawson at 07:32 No comments:

Celia Dawson
I first became interested in Psychology and spirituality when I was in my 40's working as a part-time youth worker. Wow! What a journey of discovery and self-discovery I have been on ever since! After doing a Diploma in Psychotherapy I went on to a course in Psychosynthesis and then joined any whacky course I could find. I did Breathwork, Goddess work and all sorts of others, ending with training courses in Focusing and Shamanism. All of these led to some wonderful spiritual experiences and helped me to grow as a person. I must add, here, that I was brought up to be an Atheist, so I had a long way to go. In this blog I am going to write about things that have touched me and brought me to tears. These are tears of joy brought on by realising truths, experiencing love, seeing people move on from stuck and painful places... and any other thing that might be of interest to my readers. Please see my website: http://www.celiadawsoncounselling.co.uk For Training: healthminds.co.uk